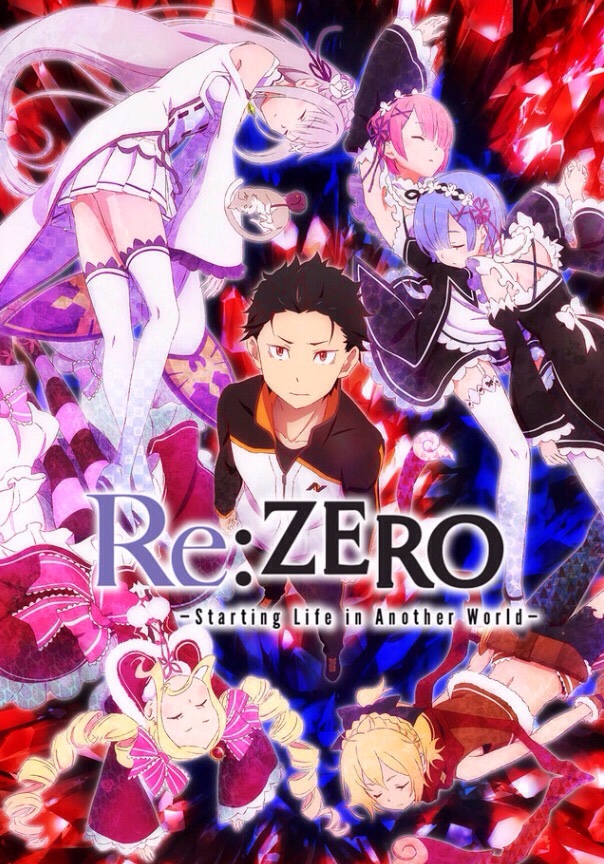 However, that said… I JUST STARTED WATCHING IT AND FINISHED IT!!! Late to the party, and WAY PAST fashionable!

How could I miss this? This show was made for me.

The violence is brutal, but it is NOT gratuitous, it MATTERS, it isn’t wanton. It happens in meaningful situations to people we care about and has an emotional impact. The purpose, the way in which it is portrayed, it makes the show special. The violence complements the dire circumstances of the show’s drama with a confidence that other shows can only TRY to imitate with clumsy incompetence. I was impressed. 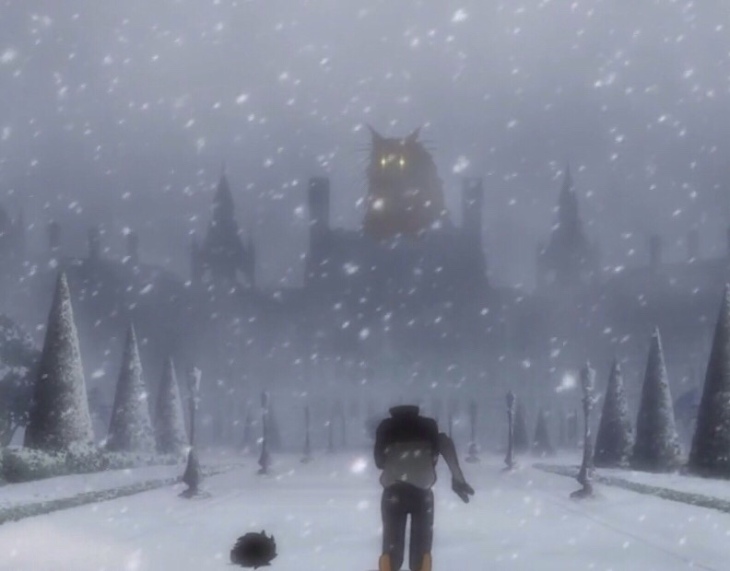 But more than that, the show itself trusts you to be an intelligent viewer as it casts you into an unfamiliar world, where your knowledge of what exactly is happening is no better than that of the main character Subaru’s. The show TRUSTS you to try and figure things out and roll with the punches alongside our MC and it makes the show so rewarding. Rather than contrived world building and info dumps, you are often gleaning what you can from the surroundings, conversations, and through, LITERALLY, trial and error, or “Return by Death”… another unique aspect of the show.

Return by Death is a loop where when our MC dies, the world resets to another point, although he retains all of the knowledge he obtained, and the emotional trauma and mental scars that go with dying over and over and over in brutal ways… often times after failing to protect his friends and love interest. This “gift” is a blessing and a curse, the ultimate dichotomy, because only through failure and death can Subaru achieve success and save life.

Though, it takes its toll.

A lot of world building can be done just through the different branching outcomes of attempting to reach the same goal.

Which is an interesting twist as well, because the only reality the characters know is when Subaru is successful, meanwhile Subaru knows so much more about them and the nature of the world and he is exhausted by this disparity. He has experienced so much relationship growth and learned so much about these characters and been through so much with them, innumerable tragedies, but they have no understanding of this. Worse yet, even if Subaru wanted some modicum of catharsis through venting his frustrations and confessing his “gift”… he is incapable of explaining how when he dies the world resets. This is because of a curse that will either kill Subaru if he tries to tell other people about “Return by Death” or will kill his love interest Emilia. 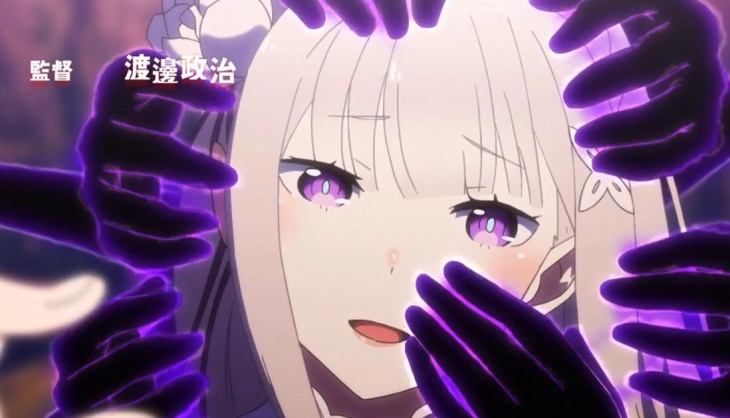 It is such an intriguing concept. Imagine surviving a harrowing situation with another person, going through many hardships together, and think about how much closer you two would become, but then you die. However, you come back a moment later, maybe few days in the past before you died, but you have all your memories up to the point of death. Imagine having all that emotion and relationship building… but the other person doesn’t even know your name! Even though YOU would feel so close to them, and have all these memories, these memories wouldn’t be shared… they would be yours and yours alone. So being over friendly with this person would make them uncomfortable and they wouldn’t understand. And you can’t even TRY telling them about it(which might make things worse as they would think you were a loon) because then some curse would kill you…

IT IS SO FRUSTRATING!!! And I LOVE IT.

So throw in emotional drama that is handled well, in conjunction with well developed relationships and romance? And a “soft” love triangle…

Show was made for me. The show’s themes are also uplifting! That you can always be who you want to be, regardless of the past, so long as you do not give up. It’s fantastic.

The art style is cool and suits the show, voice acting is great, subject matter is interesting and has many unique, and inimitable twists to the formula that keep it fresh and help it stand out. The characters are very unique, and the story telling is refreshing because they trust you to hit the ground running, make logical conclusions, and glean information where you can in order to make causal links within the story’s world and with the relationships between characters. It really is SO rewarding. You just learn as you go, JUST like our MC, so you never feel incompetent or that you don’t know something that everyone else does…

plus, it also has that X-factor. That “special” sauce that makes an anime EVEN cooler! For example the voice actress of Emilia, Rie Takahashi(who was born 20 days after me, just another neat little thing!) also sings the ED Stay Alive for part two of season 1, and it is such a cool idea. It just gives the show that IT factor, that magic.

EVEN THE ANIME TITLE ART WORK IS SO UNIQUE AND COOL! Take one look and you can immediately recognize the show. It has that hot and cold color blending, utterly sublime, so vibrant and gorgeous, as Emilia, Rem, Ram and other important characters cycle around Subaru at the middle of all the madness.

I can’t say enough good things! On the IMMEDIATE surface (like ten minutes in) it feels like a standard/superficial anime, and then expectation after expectation is shattered and then replaced with an insatiable craving to see what happens next!!!

A new OVA comes out in October and I PRAY another season is announced!

While I may have made the mistake of missing the hype train last time when this show wrapped up two years ago… I’m on board now and I won’t make the same mistake again. This show is an elite title that no one should miss lest they feel the stinging shame of ignorance as I have!

P.S. I’m torn between Rem and Emilia after part two of season 1… I used to be in Emilia’s camp, but after what Rem went through? Crawling with her head, body twisted up like a rag doll… it tugs at the heart strings!

7 thoughts on “Re:Zero, Holy CRAP this show is good…”