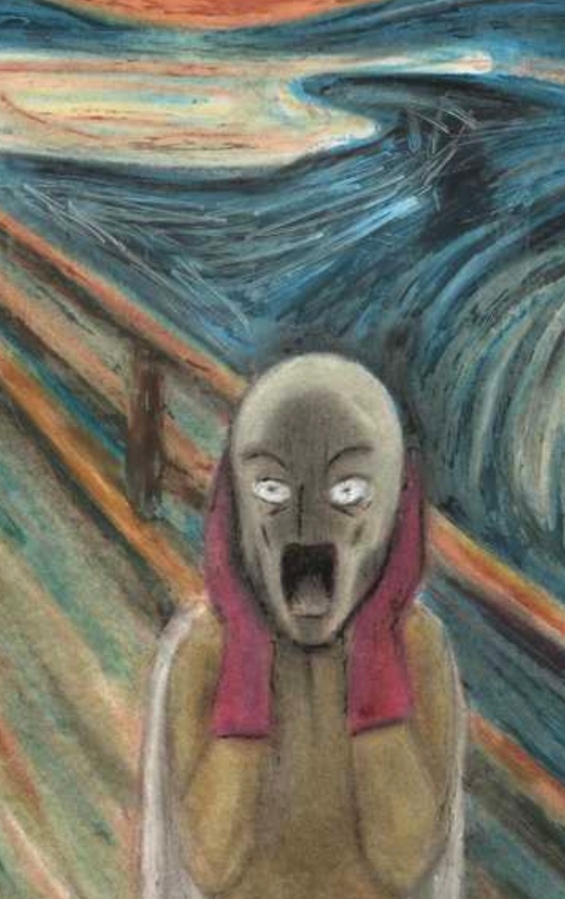 I felt inspired! After all, I have to get my money’s worth out of this dried husk of a blog.

SO… right at this moment I am really looking forward to Psycho Pass, Chihayafuru, My Hero Academia, and Shokugeki(holy crap that show saved me… binged all the seasons last September while I was 400 miles away from home for a month due to work. YIKES!) so this upcoming season will be my busiest in awhile! All I watched this time around was Kakegurui, Aggretsuko, and Dragon Ball Super(in English on Toonami every Saturday is a ritual going on years now and looks like next episode will be going full ham!) and of course One Punch Man Season 2.

Which brings me to the point of the post! I was a little too busy to write a bunch while I was enjoying it last season. But there was a theme that really struck a chord, as season 2 really focused on Saitama’s… well his existential nightmare.

Saitama is a human with the power of a god residing inside of him. On it’s face, this shouldn’t be an extremely depressing proposition. But then one must consider what Saitama lives for, and to that point, what most of us live for and what gives us purpose in this cold, indifferent as all hell, universe. 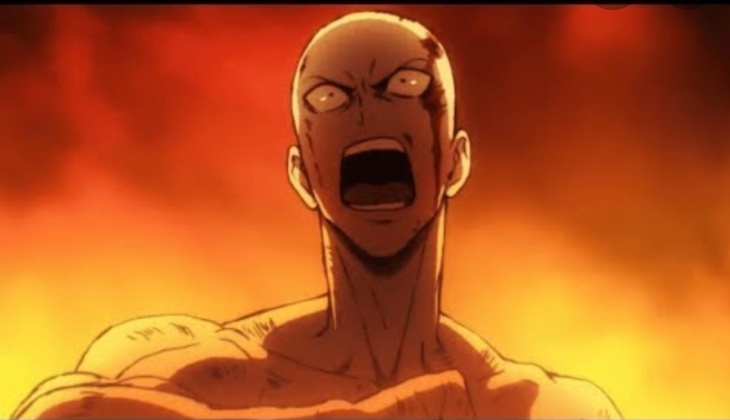 We, ALL of us, MUST grow! We must “adapt or perish now as ever is nature’s inexorable imperative” because through growth we overcome adversity and become more than what we were. We encounter challenges and win some and lose some and learn and improve or fall short but we live when we do this and savor the bitter sweet flavor risk and possible failure.

But for many of us, even if we were a perfect fighter with the power of a god, we could still pursue academic interests and grow intellectually or pursue any number of hobbies and passions for that sense of self actualization and growth.

But Saitama is only slightly sharper than a butter knife. He has no interest in pursuing knowledge or anything intellectual. It appears his sole passion and desire is to be a hero.

That is, to overcome strife and put everything on the line to protect others, including his very life if need be. There is an inherent thrill in that, to survive and overcome that which could take everything from you and all who you are trying to protect. At the most archaic of foundations, this is what it means to live. To win the competition for survival. And this polar extreme is the threshold at which Saitama feels most satisfied with life.

But if something is guaranteed and attainable with little effort, where there exists no prospect of loss, it breeds stagnation and complacency. And existing in a world without these basic joys, the joys of competition and strife, sewn into our very genes from the first time a single celled protozoa discovered that consuming another primordial speck was more efficient and simple than creating its own energy, this is the existential nightmare Saitama endures everyday.

With no outlet for his frustrations, goals to strive for, or alternative passions, he is lost.

BUT OF COURSE! This is all a frame of mind. The “strongest hero in the association” who befriends Saitama manages to help him through this rut, even if only a little. King reveals that Saitama isn’t even close to being a perfect hero and that a perfect hero would be able to protect everyone all the time. But alas, Saitama only manages to protect SOME people SOME of the time… 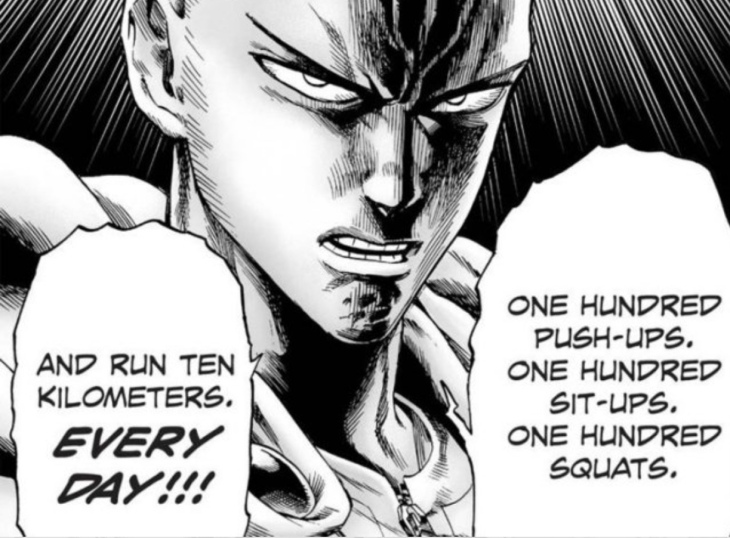 A modicum of hope for Saitama that he CAN still grow. Or hell, he could always get another hobby! He should try having a kid!

Anyway, it was very cool of King to provide this answer to Saitama, impressing upon Saitama that he was ignorant and pompous to think himself so powerful. Knock him down a peg King!

And it is great optimistic food for thought.

As soon as you finish climbing your mountain, tooth and nail, bloody and exhausted, an inch at a time and you finally reach the top… take a second to reflect on your journey, how far you have come compared to where you started, how good it feels to be more than what you were, and bask in a rare moment of utter satisfaction. And then, after taking that breather, dust yourself off, stand back up, stretch out the legs, and then look up at the new mountain stretching up into the heavens before you… and get to climbing!