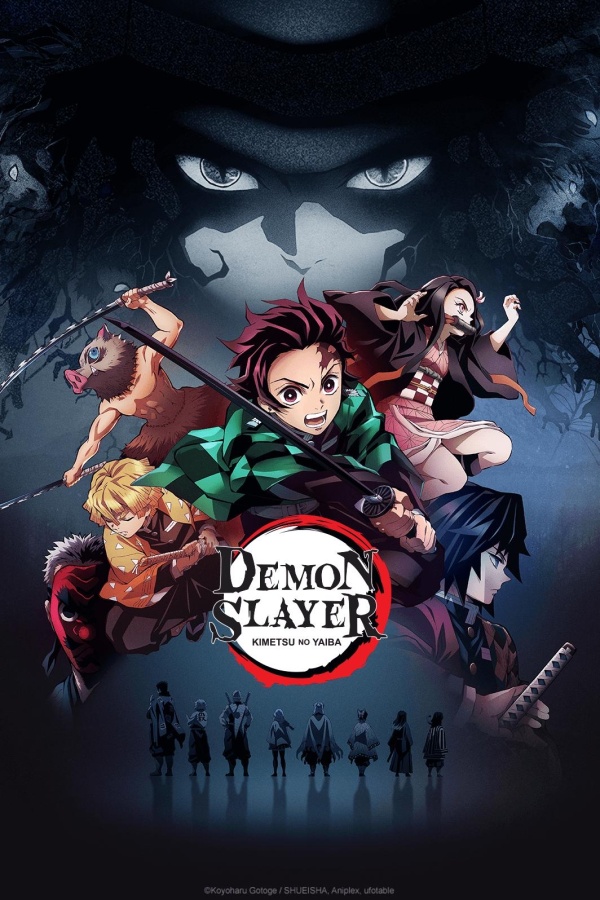 In anticipation of this spooky month I would like to beseech, implore, and insist that you, yes YOU, watch Demon Slayer in all of its glory(currently available on Crunchy Roll).

A bit of context.

Way back in May-ish/June-ish I was up at night with my big fat baby daughter of 4 months old as she was SCREEEEEEEAMING AT ME! So as I entertained her in my sleep deprived stupor, kind of bored and miserable from said sleep deprivation, I figured I would throw on an anime as I begged the gods that she would fall asleep, rocking her back and forth like a mad dog.

Big fat baby in one arm and Xbox controller in the other I began hunting through the 3,000 options on the Crunchy Roll(if you like anime you really should get that SWEET ASS premium subscription) Xbox App Store. I did a quick scan… All the good shows weren’t available until Fall and I was already watching One Punch Man Season 2 on Hulu. So I took a gander and sure enough none of the new seasonal stuff struck my fancy.

There was that Demon Slayer show, getting the VIP treatment on Crunchy Roll. Maybe it was worth a watch?

I threw it on and after glancing up and down as my baby daughter was SCREEEEEEEEEEAMING in my face with a fury I had not yet known in a creature of such small stature, I started watching the scene between and brother and sister fighting as she had become a demon. I saw her holding him down and lacking context as I mostly wasn’t paying attention and was in a sour mood, I quickly thought “OH, it’s one of THOSE anime” and turned it off in favor of some select episodes of Re:Zero(KILL THEM ALL REM!!! KILL THEM ALL!!!).

Fast forward to early October of this month.

My daughter now sleep trained I was enjoying a wonderful Saturday night off of work. I found myself in the cold, quiet, dare I say spooky hours of a 10PM night with Halloween right around the corner. Mini fire place shaped electric heater pointed on my toes, a fluffy pup in my lap, some soup and crackers, and a tv all to myself… it was time to indulge in some spooky horror-ish anime to get into a festive mood.

There was nothing I hadn’t already seen or wanted to see, maybe another rewatch of Another? It had been a few years… maybe just a few episodes of Yami Shibai and then Another… but there it was, Demon Slayers was still a hot item.. well maybe I’d skip 10 or so episodes in and see if it was any good.

My God, I happened upon the episode where Zenitsu awakens his power and just….. see for yourself.. 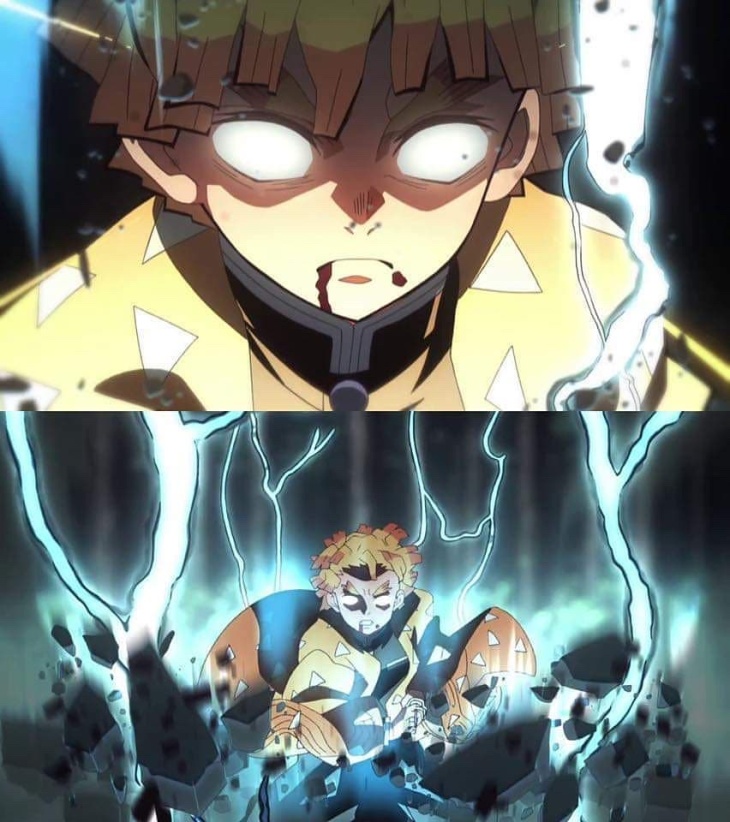 Story? SEEMED 10/10 I assumed it was a good, classic shonen build up with a cool premise and that meant the right kind of tropes that tickle me(especially the weak character who comes through in bad ass fashion when they need to).

Style? 10/10 the highlights to hair and eyes, the clothing style, the visual spice… just so refreshing and all set in a fun world with interesting rules.

Music? 10/10 the OP pumped me up(since purchased on iTunes) and the ED was pretty cool, the music for the fights set the tone and brought it all together into a cohesive whole.

Sound effects? 10/10 the sounds of the fighting, of the special abilities, the voice acting, it all stood on a great foundation that sold the characters as people and the demons as… well… demons lol.

Suffice to say, I was so impressed I watched episodes 14 or so through to the end that very night and next day. Then I rewatched it starting from episode 1 as I hadn’t yet seen episodes 1-14(I REALLY DON’T RECOMMEND WATCHING IT IN SUCH AN ASININE WAY LOL). I was HOOKED.

Such that I needed to have some representation for the folks I’m sure to come across at work or while out running errands and we can both say “hey nice shirt!” “Hey thanks! You too!”

The show was perfect for that night where I needed that Halloween vibe anime itch scratched. The misty mountains with spiders and the other demon slayers being manipulated by webs, the dark subject matter and the way in which some characters were killed. Hot soup in my gut, a warm fire at my feet, and the cold, inhospitable October night outside my window, my eyes were glued to the TV. It was a hell of a time and it really set the tone for me this month. I don’t know why I was so turned off that first episode but I’m glad the stars aligned.

This show is one of the best I have seen over these last few years and will definitely be a hot item. Deservedly so! It was perfect that night and hits those Halloween check boxes for me.

Do yourself a favor, life will have plenty of awful tricks for you, during this month and all the months to come… so TREAT yourself this Halloween and watch Demon Slayer.

Have a good Halloween folks! Scare yourself! Scare others! And celebrate your triumphs over the monsters and darkness… that’s really what it’s all about!

One thought on “Halloween 2019: Treat Yourself to Demon Slayer”